I wish I could say I came up with this idea myself, but the credit belongs entirely to Lorine at Olive Tree Genealogy.

I had great fun making this and then seeing people’s reactions – it even interested the non-genealogists! It’s probably too late for this year, but wouldn’t this make a wonderful Christmas card? 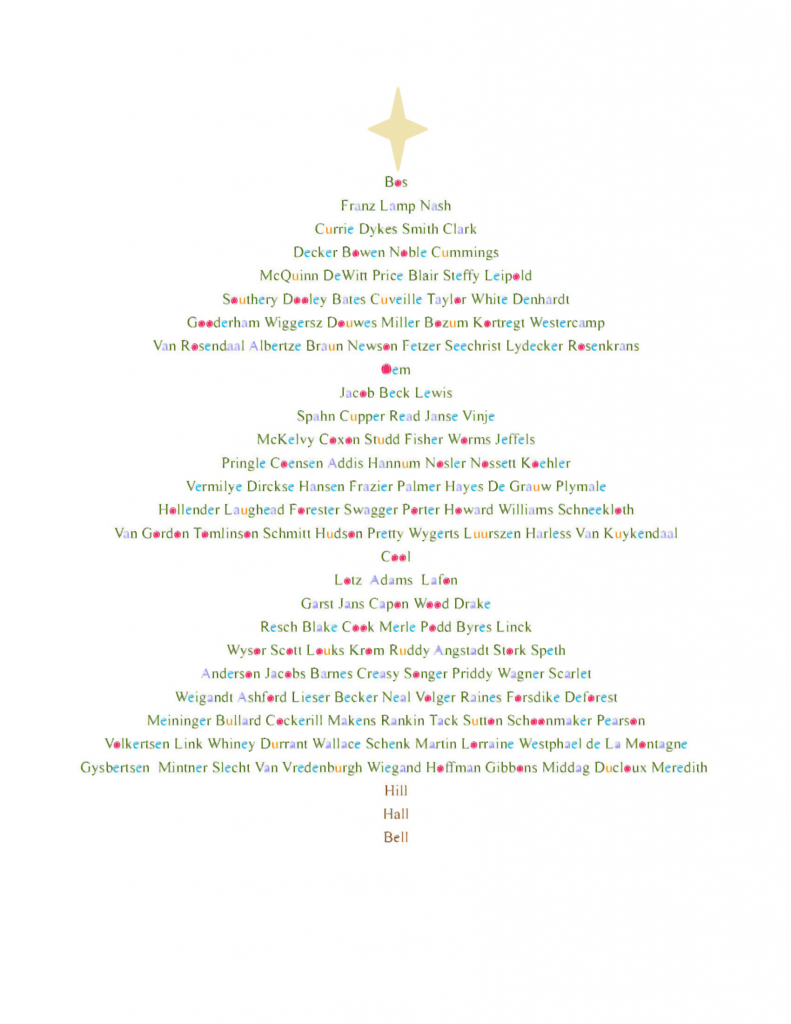 The first step was making a list of surnames. I used both mine and my husband’s, but you could do one for each side of the family or, if you haven’t been researching very long, you could add in the surnames of your cousins and even first names too if you need more names.

I then sorted the surnames out by length, you probably don’t need to do this, but I found it helpful when I needed a longer name or a shorter name to keep the shape.

I used Open Office for my file, but obviously, Libre Office or Word would work just as well. The only formatting I needed from the software was centering the text and then allowing different colours for the vowels.

From the list of surnames I just cut and pasted each one until I had a Christmas tree shape. Then I set the “find” feature to find me the letter “o” and made those red (one at a time as they were found, but it sounds more tedious than it really was). I did the same for the letter “e” in blue, “a” in purple, and “u” in orange.

I then saved my file as a pdf and used PaperPort to convert that to a jpg file. If that sounds too complicated, don’t worry, you can just do a screen capture of your file and the conversion is done for you.

I added the star using Microsoft Paint (because it has a star drawing tool) and then coloured in the o’s, but I don’t think that was really necessary.

One Response to Genealogy Christmas Tree